simBio is a tool for making it easier to build cell organism models, and for promoting the sharing/reuse of models. It provides the necessary features to create models which use ordinary differential equations and mathematical models, do integral calculation, display result graphs, extract results to files, change parameters and do calculations.

A mathematical model is created and run in 2 steps.

Using object-oriented principles, a function element model is described below Reactor, and a biological hierarchy is arranged in a modelled format. The figure displays a differential equation with the Channel element described. A formula specific to each channel is described in particular function elements. Then integral variables are defined as Nodes. 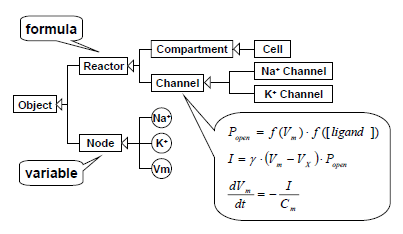 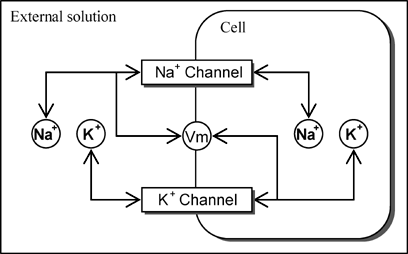